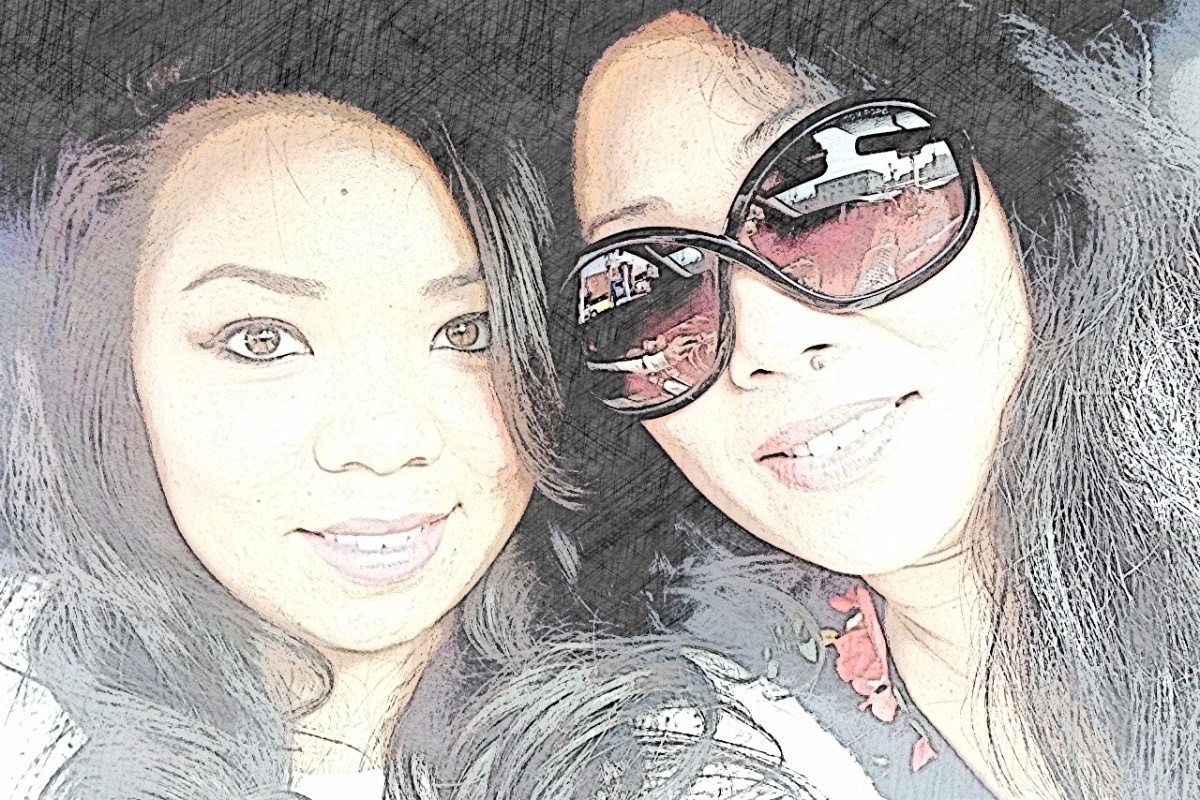 I dreamt of my mom for the first time last night since the news of her death in April.

The thing is, we have both always believed in the afterlife.  Despite what we believed in as far as religion was concerned, we both very strongly believed that our bodies had a soul, a spirit, a life force, and that, after death we would be just as much alive as a spirit as we were in a physical body.

When my mom died, so unexpectedly, I held on to that belief.  I thought to myself, “she was my best friend, nobody knew me down to the depths of my soul like she did and no one knew her as much as I did.  If she came to visit me after death, I would know.  If she wanted me to know something, she would find a way to tell me.  If she wanted to be near me, I would feel her.  There is no possible way that her spirit could be near me without me knowing.”

A week passed by and I didn’t know what I was supposed to feel, but I didn’t feel her.  I didn’t smell her perfume, I didn’t become overwhelmed with her emotions, I didn’t dream of her, I didn’t get goosebumps, or feel her near me.

It all might seem silly to someone else reading this.  It might seem completely insane to someone who doesn’t believe in the afterlife.  But, I had to have a reason….

“I would know if she was near me, why haven’t I felt her near me?”

“where is she then? Where is this unquestionable feeling?”

I spent over a week in a room with her casket.  Everyday, all day, beside her, and I spoke to her.  I searched for her.  Any sign of her.  I was grasping at straws.

My mom was an extremely strong woman, filled with fire, energy, and a love for life. 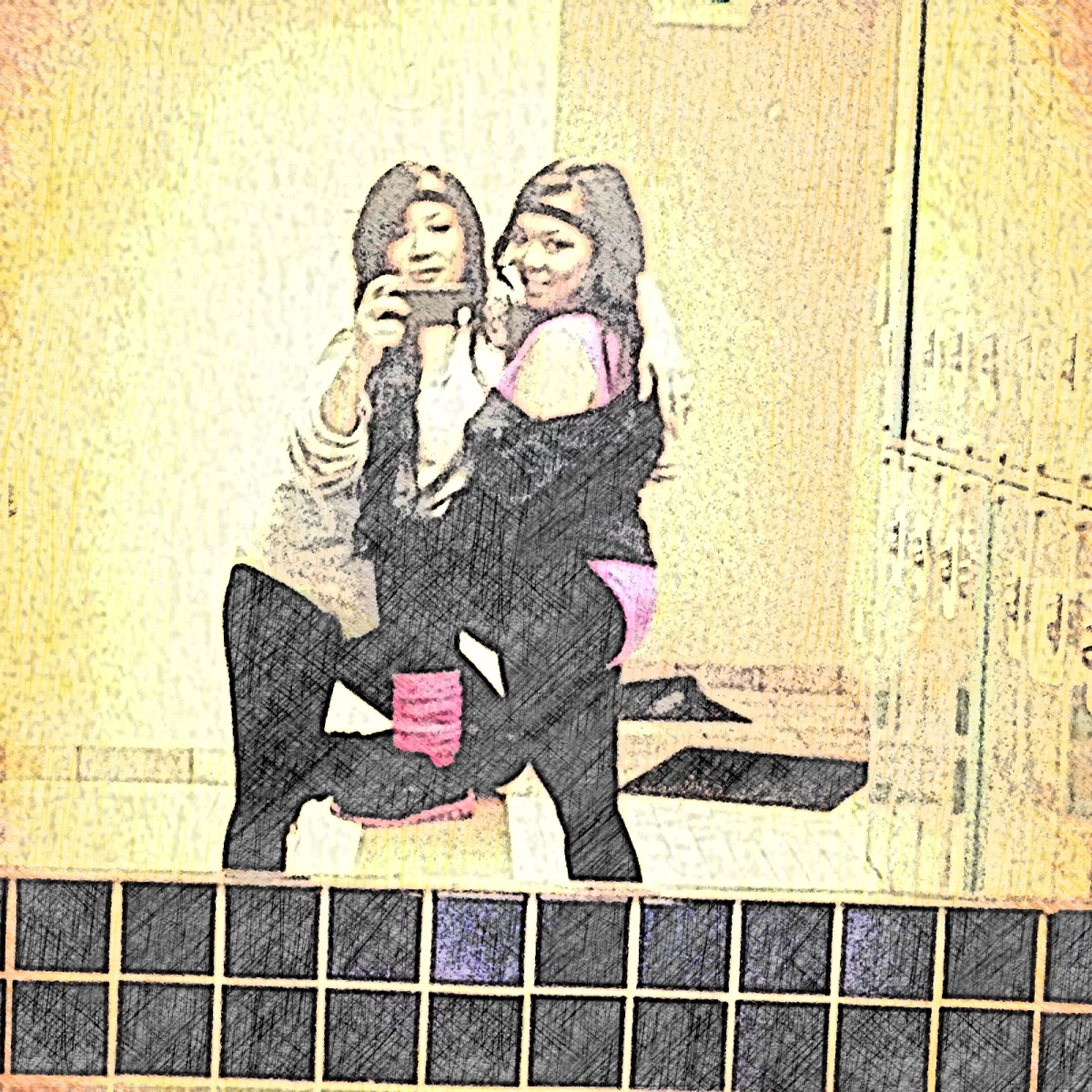 I thought, if anyone were to be a spirit and want to make her presence known, it would be her.  She would find the strength to knock a cup down, she would.

Through all of this, I experienced the normal stages of grief.  Over and over in short cycles.

I began to become overwhelmed with this sadness and fear.

“What if I don’t feel her, because, there is no afterlife?  What if, when you die, you are just gone, life is over, there is no checking in on loved ones, there is nothing but -dark-empty-nothing?”

I didn’t want that for her, I can’t rely on the belief that there is nothing after death.

I dreamt of my mom for the first time since she died.

For my own grieving process.

For my own closure.

For my own ability to find peace in losing her.

She sent me a message that night.

She told me to love myself for who I am.

She told me to take the insecurities and F*** them all.

She told me to enjoy my life and be happy in the body I’m in.

She told me to always remember the memories, but to walk over the burnt down and broken, and move forward.

I can’t be mad at her for that

There are no words for me to express my emotions right now. I have now lost both of the women that held the largest part of my heart. My grandma helped raise me. She rocked me on her legs when I was sick. She snuck me cookies when I was watching tv. She walked me to the library and encouraged my love of books. She inspired my love of writing and journaling. We used to sing karaoke together back when karaoke was on VHS tapes too. She supported my passions, loved me through things she might not have agreed with. We always think we have more time… and this morning, I realized we didn’t. As I prayed for your peace and comfort, as I asked my mom to somehow give you comfort in this horrible time, to tell you I love you and miss you, to hug your soul and let you know that things will be okay, my heart broke. My only comfort is that you are happily reunited with grandpa now. With all your lost loved ones that you missed so dearly. Time will pass like a blink of an eye grandma. I will see you and grandpa and mommy again. We will be together again. But until then, I hope I make you proud. I hope I can create the life that you wished for us. I hope you know how deeply I love you.
Stumbled upon this poem/letter written by my mamas.
Love dancing with these wonderful energies ❤️
Happy birthday to my beautiful mother. ❤️🎂💔
To be able to experience this chapter of your life with you, is amazing ❤️
When the music starts
Travel 🧳 to different places
There comes a time in ones life when you realize it really is okay to truly LOVE yourself and the person you are. To OWN, your strengths and not shy away from them. To be happy and surround yourself with people that spread love along with you.
POT PIES REMIND ME OF MY MOTHER
Most days
He bulldozed his way through life
He was foolish
THE UNIVERSE IS AN IMPLACABLE THING
A few months ago, I started a book club, on FB called NEVER SILENCE THE MAD READER. As I was reading this particular book, our first book of the club, I realized it had so many large words that I had to look up. This was a very discouraging realization because in high school, I had so much pride in myself for being an avid reader. As an adult, I didn’t get the chance to read as much, but I didn’t think my vocabulary was as limited as it was. By the end of the first book, I chalked it up to the book itself. I mean, it was called “Special Topics in Calamity physics”, what else was I going to expect?
All she wanted was to feel his finger tips
I am defeated
You Saw a Pretty Thing and You Wanted to Break it
Hollow Smiles
“I Became a Person That I Did Not Recognize”
You came into my life when I was lost